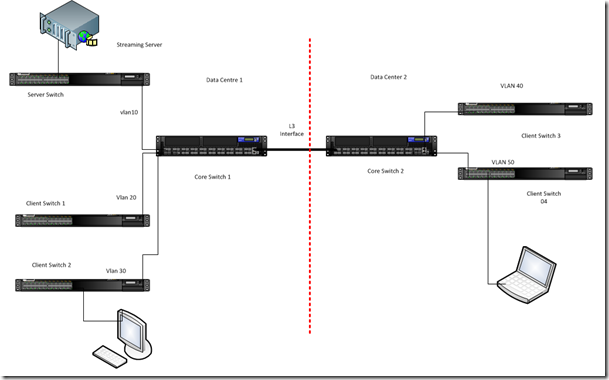 In the above diagram, if you only want to have the multicast within the clients of datacenter 1, then you can use either of the 2 methods, but if you want the multicast to travel across the layer 3 link to the data centre 2 , then you can only use PIM.

Configuring MVR on Juniper EX Switches
Considering the fact that the server switches and the Client switches are acting only on layer 2 mode, and the Inter vlan routing is happing on the core switches using RVI’s (which is the mostly the case), this configuration needs to go on the switches.
In the diagram, you can see the VLAN 10 as the server VLAN , where the streaming server sits and the VLAN 20 and 30 as the client VLANs (Again, please note the VLAN 40 and 50 will not get this traffic as we are using MVR)
Since I have said, so much, you should also be wondering, why bother with MVR, if the same can be done with the PIM. The answer is, MVR reduces the number of streams, assume that one client on vlan 20 and one client on VLAN 30 requests the stream, the switch will actually send 2 streams (one per vlan) if you use PIM, but in MVR, it only sends one stream there by making efficient use of the bandwidth available and again, you can use a igmp-proxy mode or a transparent mode.

So, you can see that in the transparent mode, you just configure this on all the switches, when you go to the igmp-proxy mode, you will have to use one extra line


So, you are done. I have to confess, I don’t really use this mode.


This is my favorite way to do multicast. I prefer the sparse mode and will show you how to configure it on Juniper EX switches


In most cases, we will have redundant routers, so I am changing the topology a little bit 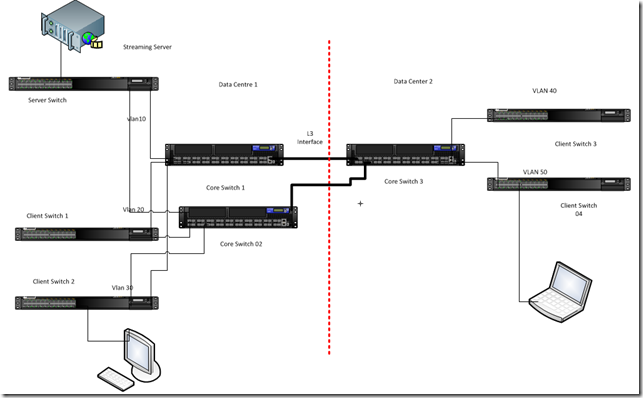 As you can see, I put in 2 core switches and made redundant connections on all the switches. Now, please note that you will need to configure Spanning tree protocol or its flavours to ensure a loop free network, that is not covered under this blog and we will assume that all of that is been taken care of


We have decided on the following


Configuration on all the Layer 2 switches

You can see that in this case, we have not mentioned a multicast range, so the whole 224.0.0.0/4 range will be used

On the other routers (Layer 3), we will use a static rp configuration, they don’t need a loopback, but they should be able to reach the loopback of this RP

The similar configuration is enough in the other devices. The multicast traffic should now be able to traverse between different vlans and even different datacentre

Here are a few commands to check and verify

On the Layer 2 switch

On the Layer 3 devices

Ensure the vlans are getting the traffic, this will happen only if the IGMP-snooping and the IGMP join messages reach the RP

I hope this blog helped you get started on multicast on Juniper devices . please let me know if you have questions or comments. I will write on some advanced configuration in the future parts
Basics of Multicast Juniper EX Switches Multicast MVR PIM

Popular posts from this blog 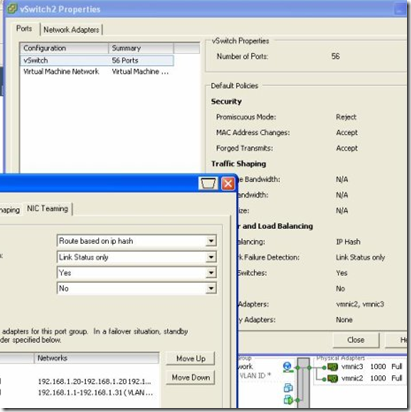 Last week, I was implementing link aggregation on Juniper EX Series switches (EX4200). I was moving them off HP switches and putting them into Juniper. We were moving VMWare ESX boxes, NetApp and some physical boxes, though the configuration is very simple, I would like to mention how to do those with these boxes. Points to remember: You will explicitly need to create “Aggregated Ethernet” interfaces on juniper You cannot have more than 64 AE interfaces on a single Virtual Chassis You cannot change the algorithm for load balancing between the multiple links. (If you are interested in the Junipers LAG algorithm read this ) Now having said this, lets look at the common steps, you need to create the Aggregated Ethernet interfaces on the Juniper. root@EX4200#set chassis aggregated-devices ethernet device-count  4 The above command will create 4 “ae” interfaces, after you commit, you should see ae0 – ae 3 created. You can have any value between 1 and 64 in the
Read more 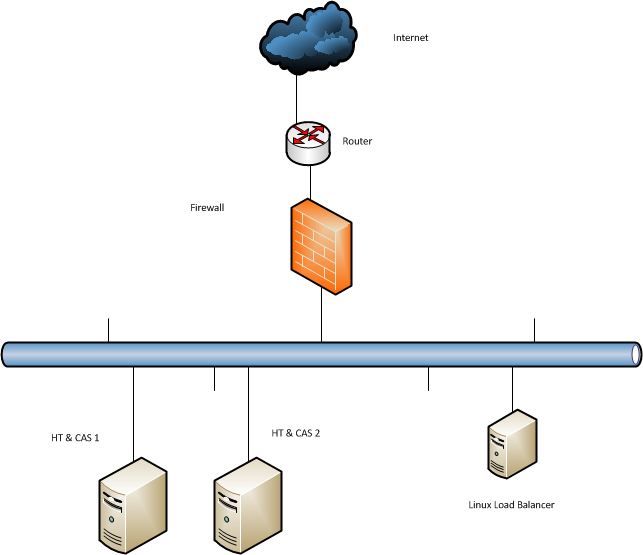 Hi ... Sorry I have been away for some time doing some stuff, so I hadn't got a chance to update my blog. I thought I would share my recent experience of deploying an Open Source "Linux Load Balancer" (HA Proxy -  http://haproxy.1wt.eu/  ). This Load Balancer is amazing ... I have been able to do so much with it in the past, here is one of the very simple and effective solutions (Cost wise & Performance) that we gave to the client using this ... I worked with a friend M L N Rao , who was helping me out with the Exchange front of things. Please read on to see .... I have tried to explain how to do it as well as why ... let me know what you think in the comments ... So, here is what happened, Our Exchange Team deployed Microsoft Exchange Server 2010 at a clients location and decided to go with MS-NLB. The MS NLB (Network Load Balancer) is a Load Balancer for different Microsoft products like IIS Servers/ISA/TMG, etc but the truth be told more pain than good for ne
Read more